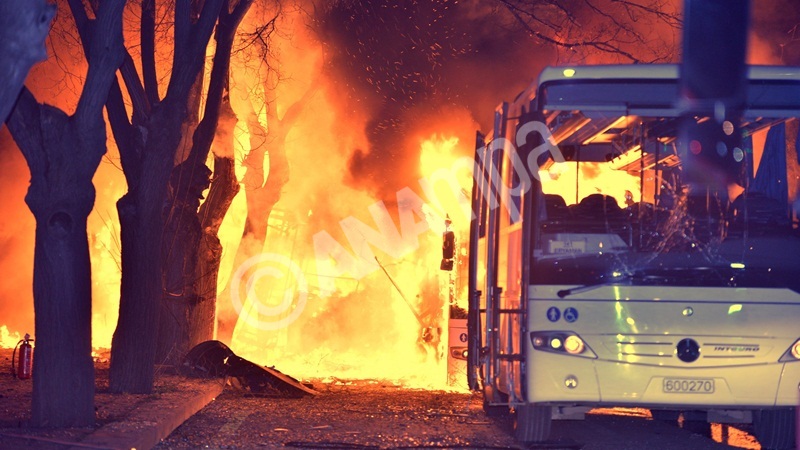 On behalf of the President of the Republic Prokopis Pavlopoulos, the secretary general of the Presidency Ambassador George Gennimatas had a contact late on Wednesday with the Turkish Ambassador to Greece and asked him to convey, on behalf of the Greek people, to Turkish President Tayyip Erdogan his unequivocal condemnation of the terrorist attack in Ankara, and his deepest condolences and deepest sympathy to the families of the victims and to the Turkish people.

Prime Minister Alexis Tsipras late on Wednesday had a phone contact with his Turkish counterpart Ahmet Davutoglu.
Tsipras expressed his condolences and support of the government and the Greek people to the Turkish people for the terrorist attack in Ankara.

Earlier, the Greek foreign ministry had also strongly condemned the deadly blast in the Turkish capital on Wednesday evening, describing it as a “heinous attack” in a post on the ministry’s Twitter account.