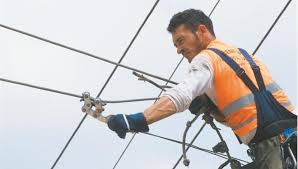 Spartakos, a union group representing workers employed in electricity production, has urged the new government to not lower managerial-level incomes at PPC, the Public Power Corporation, as it believes such an initiave would have an immediate knock-on effect on worker salaries.

The union group’s request, forwarded in a letter to the Alternate Administrative Reform Minister Giorgos Katrougalos, promises to build up into one of the newly elected leftist Syriza-led coalition government’s first major domestic challenges, assuming the hurdle concerning its current debt negotiations with European creditors is cleared.

It is being rumoured that the government plans to cut high-level salaries in the public sector. At PPC, they reach as much as 4,750 euros, gross, per month, about triple the country’s current average level.

Spartakos, in its letter to Katrougalos, the first official request by a PPC union group to the new government on salary issues, highlights that net salaries at PPC end up being reduced to 3,600 euros for managerial positions and no more than 2,620 euros for workers. Such figures, the union letter highlighted, concern administrative officials and workers who have been employed at PPC for thirty years, working at power stations, mines, and the grid, around the clock and throughout the year.

The new government has declared it intends to lower operational costs at PPC and pass on the benefits to consumers.