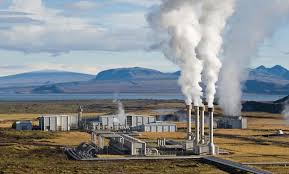 Despite being left waiting for a decision from the Environment, Energy & Climate Change Ministry on the future of a long-stalled international tender concerning the appointment of a strategic partner for the joint development of geothermal fields, PPC Renewables, a Public Power Corporation subsidiary firm, is considering to press ahead with preliminary drilling efforts of its own.

According to energypress sources, PPC Renewables is examining the prospect of launching certain drilling initiatives as self-financed ventures, regardless of the tender’s outcome and the nature of collaboration with any prospective strategic partner.

According to a sector authority, PPC Renewables was not in a position to support the cost of drilling alone at the time of the tender’s launch, but its financial standing has since improved. The company is backed by sufficient capital reserves and sturdy creditworthiness to venture alone, the authority continued.

PPC Renewables launched an international tender in August, 2012, in search of a strategic partner for the development of five geothermal stations located at four geothermal fields, on the islands of Lesbos, Nisyros, Milos-Kimolos-Polyaigos (cluster of islands) as well as Methana, northeast Peloponnese.

According to the tender’s terms, the strategic partner chosen and PPC Renewables would develop geothermal stations of at least 8 MW on Lesbos and 5 MW each at the other aforementioned locations. A number of major companies expressed interest and two bidders qualified for the second – and final – round, Italy’s Enel and Israel’s Ormat. However, the procedure went no further and has since remained stagnant, without being officially cancelled. It remains unknown whether the Environment, Energy & Climate Change Ministry will carry on with the suspended tender or restart the process from scratch.

Any new joint venture to emerge from the existing tender envisages sharing development costs and exploitation.