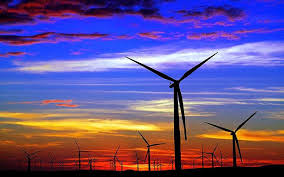 Diamantis Vahtsiavanos, managing director at PPC Renewables, a wholly owned subsidiary of PPC, the Public Power Corporation, has submitted his resignation, both orally and in writing, and will soon depart from his post, according to energypress sources. The chief executive, who had assumed his post in February, 2013, will be leaving behind an enterprise in robust financial state.

Under his leadership, the debt obligations at PPC Renewables, a company launched in 2006, were wiped out, while the company’s cash deposits stand at 42 million euros. Its financial results for 2014 appear set to continue along the positive course set in the previous year. Pretax profit for 2014 is expected to reach 11 million euros, a 30 percent year-on-year increase compared to 2013’s figure of 8.6 million euros. It should be pointed out that 2013 also proved to be a very good year for PPC Renewables. Pretax profit had risen by 96 percent compared to 2012.

The recently appointed Production Reconstruction, Environment and Energy Minister Panayiotis Lafazanis, already fully informed of the company’s sound financial position, told Parliament – while presenting his ministry’s policies following the Syriza party’s January 25 Greek election victory – that PPC Renewables would be further bolstered so as to establish the company as a leading force in the renewable energy sources (RES) sector.

In other company news, a 9.9 MW wind-energy park developed by PPC Renewables in Crete’s Rethymno area was finally launched just days ago after the project needed to overcome numerous obstacles.