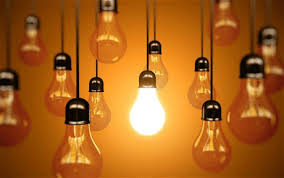 PPC, the Public Power Corporation, can expect a 580 million euro boost to its financial performance in 2015 as a result of a series of regulatory changes and increased savings on several fronts, Alpha Finance has noted.

PPC recently posted an EBITDA figure of 794 million euros, an EBITDA margin of 18 percent, and a net pretax profit of 180 million euros for the nine-month period. These figures do not take into account the additional boost forecast by Alpha Finance.

HSBC, in a recent forecast of its own, also tipped PPC’s share as being a strong performer in 2015. The bank’s analysts noted that the privatization process remained the main catalyst behind the share’s course, adding, however, that the country’s political developments could overturn the optimistic prospects.

In its assessment, HSBC noted that potential for further profitability improvement existed, taking into account the launch of a new facility in Megalopoli, southwest Peloponnese. HSBC forecast that PPC’s EBITDA margin will increase considerably from 17 percent in 2014 to 20 percent in 2016.