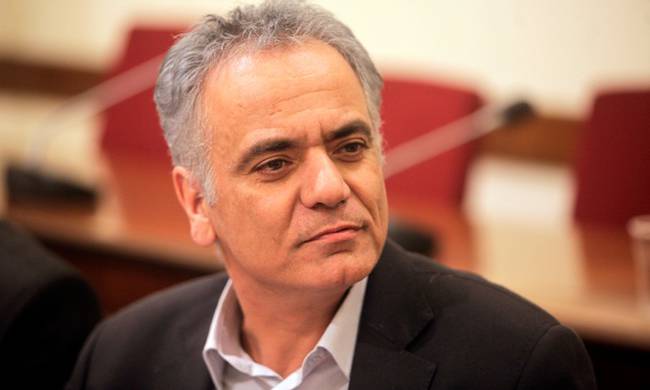 Main power utility PPC has secured cash inflow of one billion euros for 2017 as a result of his actions, the just-replaced energy minister Panos Skourletis remarked during yesterday’s swearing-in ceremony for his successor, Giorgos Stathakis.

The remark raised eyebrows, including among highly-ranked PPC officials who attended the ceremony. PPC’s chief officer Manolis Panagiotakis, whose ties with Skourletis had deteriorated, primarily over bailout-related measures seeking to reform and liberalize Greece’s electricity market, did not show up.

The former energy minister’s reference to the one billion-euro figure concerns an expected inflow from various fronts. PPC is expected to receive 320 million euros for the sale of 24 percent of subsidiary firm IPTO, the power grid operator, to SGCC, the State Grid Corporation of China. The Chinese giant emerged as the IPTO tender’s highest bidder less than a fortnight ago.

PPC also stands to receive roughly 300 million euros from the transfer of a further 25 percent of IPTO to the Greek State as well as about 150 million euros for the capitalization of reserves.

The utility also expects a 100 million-euro deposit payment from Aluminium of Greece as part of a new tariff agreement just reached.

In addition, it is estimated that PPC will receive approximately 150 millin euros in fees from NOME auctions.

PPC officials at the ceremony refused to give Skourletis full credit for all these aforementioned amounts, both publically and on the sidelines. The only fresh money created during his tenure is the 320 million-euro amount to come from from SGCC for IPTO’s 24 percent, the PPC officials agreed. All other amounts were pre-determined, they added.