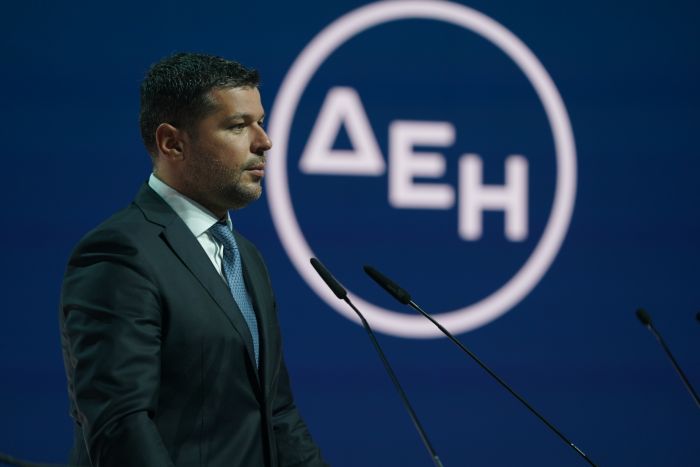 Retail outlets to open for extended business hours, digital products and new services, swifter withdrawals of lignite-fired power stations, as well as an acceleration in the development of major-scale and smaller RES projects are among the factors contributing to power utility PPC’s new corporate image, showcased yesterday, during a 40-minute event, by chief executive Giorgos Stassis, who described the new image as a prelude to a revised business plan to be presented towards the end of the year.

The revised business plan, to have a three-year duration, will be a more ambitious and confident plan than last year’s version as, besides swifter lignite unit exits, it will feature bolder digitalization steps, a more aggressive retail market policy, aim for a RES portfolio well over 1 GW over the next three years, through a pool of prospective projects totaling 6 GW, and also feature network and personnel investments.

Next year, the company will aim to double 24 existing retail outlets – they begin operating for extended business hours as of today – as well as 75 service centers that may be visited by appointment only.

Yesterday’s announcements represent just part of the developments to be gradually announced by PPC, the most imminent being a new series of digital products, dubbed PPC myHome, to be launched within the next few days.

The new business plan’s level of ambition will also depend on external factors, Brussels being pivotal. Settlement of the country’s ten-year lignite dispute with the European Commission will offer state-controlled PPC greater leeway.

PPC is also hoping for a favorable Brussels response within November on a compensation request for 200 million euros, annually, for every year lignite-fired power stations in the west Macedonia and Megalopoli regions will need to keep operating.