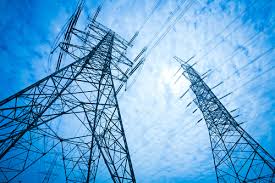 PPC’s (Public Power Corporation) new CEO, to replace Arthuros Zervos, who resigned earlier this month, is expected to be announced within the current week and approved at a general shareholders’ meeting scheduled for Friday, when the power utility’s new board will also be appointed.

Zervos resigned early in March after Council of Appeals Court Judges in Athens decided to send the PPC chief executive to trial in connection with excessive pay rises granted to 19 senior company officials between 2010 and 2012, breaking bail-out agreement conditions. Zervos’s resignation was also prompted by public resentment stirred up by his recent decision to sign a new three-year collective agreement with the power utility’s union of employees, which would lead to indirect pay rises.

The recently elected leftist Syriza-led coalition government’s choice of successor at the power utility’s helm will need to be approved by a parliamentary committee overseeing public utilities before it can be endorsed at the shareholders’ meeting.

According to sources, the appointment of two top-level officials – one as president, with more politically-inclined authorities, and a managing director, whose role will be more technocratic – is likely, for a two-pronged leadership at PPC, as is common in the banking sector.

Just days ago, it became known that the former chief of the Technical Chamber of Greece, Yiannis Alavanos, is a candidate to lead PPC. Also, Emmanuil Panagiotakis, a top-level official at HEDNO, the Hellenic Electricity Distribution Network Operator – locally known as DEDDIE – has also emerged as a strong candidate for a senior post at PPC. Alavanos hails from the Syriza party’s ranks. Nikolaos Hatziargyriou, a former deputy director at PPC and professor at the National Technical University (NTUA), has also been named among the candidates for a leading post.

In another scenario, one of PPC’s two current deputy directors, Constantinos Dologlou and Rania Ekaterinari, may possibly be given an executive role in the power utility’s board. Both officials have resigned from PPC’s board but have stayed on as deputy directors during the corporation’s interim period.

The emergence of new names that have yet to be mentioned as possible candidates has not been ruled out.

PPC’s new board will need to encounter extremely difficult conditions surrounding the power utility, as well as challenging energy and electricity sector strategies and objectives that have not been fully clarified by the recently elected government. This, alone, will make the new board’s task even more challenging.