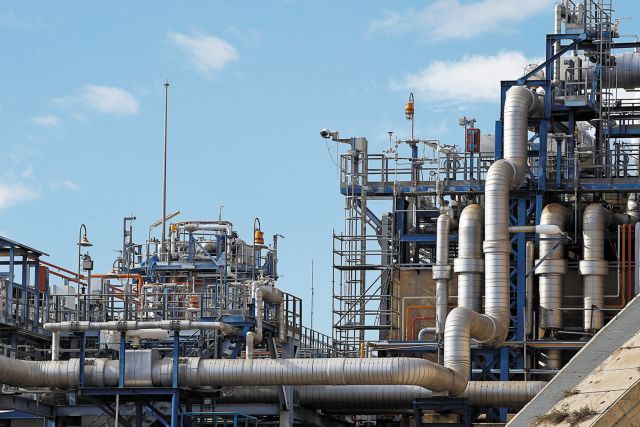 The privatization of DEPA Trade – a new entity established by gas utility DEPA – offering the Greek State’s 65 percent stake in a procedure whose deadline for first-round offers expired yesterday, produced two surprises. Firstly, Shell reemerged in the country’s gas market following a withdrawal less than two years ago. Secondly, in an unanticipated move, power utility PPC teamed up with Motor Oil for a joint bid.

Shell departed from the Greek natural gas market in July, 2018 by selling its 49 percent stakes in gas supplier EPA Attiki and gas distributor EDA Attiki, both covering the wider Athens region, to DEPA.

The company’s reemergence can be primarily attributed to an interest in DEPA’s long-term contracts with Gazprom, Sonatrach and Botas, with an eye on the wider Balkan and southeast European regions, sources said.

PPC and Motor Oil decided to join forces for the DEPA Trade sale as a result of the failure of both to secure slots for 2020 at gas grid operator DESFA’s LNG terminal on the islet Revythoussa, just off Athens. PPC holds a 30 percent stake in its partnership with Motor Oil, sources informed.

Following its Revythoussa failure, PPC has been more aggressive in a market test for the Alexandroupoli FSRU, expiring today. PPC wants to secure a capacity at this prospective unit in the country’s northeast as the company is determined to have LNG access. A successful bid in the DEPA Trade sale would bolster this position.

Hellenic Petroleum (ELPE) and Edison did not submit a joint bid for DEPA Trade through Elpedison, their joint venture for Greece’s retail energy market, as had been speculated. Instead, they are believed to have made separate bids. The two had not shaped a common action plan in the event of a successful DEPA Trade bid, sources said. However, the establishment of a new joint venture by the two firms at a latter stage, specifically for DEPA Trade, cannot be ruled out.

The country’s planned privatizations, including DEPA Trade, face likely delays as a result of the coronavirus pandemic’s repercussions. The progress of these sales will depend on the course of the pandemic.

DEPA Trade’s first-round bidders forwarded their offers on-line and must follow up with deliveries of official documents by April 24. The evaluation of first-round offers is not expected to begin any sooner than April 25.