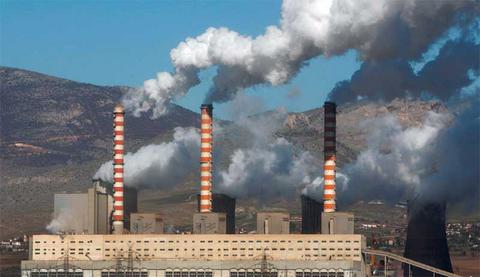 The retail market share of main power utility PPC is expected to fall by about 50 percent, from its current level of 98 percent, by 2020, to confine the utility’s monopoly and offer leeway for competition, the new bailout plan’s reforms for the Greek electricity market anticipate.

The introduction of NOME-type auctions, as of October, according to the bailout terms, will serve as the tool to bring about PPC’s significant market share loss. PPC is expected to lose about 25 percent of its retail share during the plan’s early stage, before the proportion controlled recedes further.

The government, which has not embraced the NOME-type plan, has no other choice if harsher electricity market reforms are to be avoided. The other alternative would be to break up PPC, establish a new company representing 30 percent – locally dubbed “Little PPC” – and privatize it.

Government sources yesterday infomed that “Little PPC” will remain under state control, describing this as one of the advantages of the new bailout agreement.

According to the NOME-type model, PPC will be obligated to exclusively sell significant amounts of electricity produced at its lignite-fired and hydropower stations to independent, private-sector competitors through auctions at prices reflecting cost of production, beginning this October. Buyers will then be able to sell these electricity amounts to household and industrial consumers, the objective being to end the monopoly maintained by PPC in lignite and hydropower, the country’s two cheapest sources for electricity production.

PPC’s current client base numbers 7.4 million consumers. The NOME-type auctions will prompt many of these clients to switch to other electricity companies. Customers belonging to high-consumption categories, where profit margins are greatest, will be particularly keen to go. Independent power companies are expected to target this consumer category.

If the NOME-type auctions fail to intensify competition in Greece’s electricity market, then “other structural reforms will be implemented”, according to the bailout terms, implying the part-privatization plan of PPC. Clear reference to the “Little PPC” plan was avoided in the bailout agreement’s text as a result of the insistence of Greek officials during all-night negotiations with creditor representatives on Monday.

As for the future of IPTO, the country’s power grid operator, the latest bailout agreement calls for the operator to either be privatized or reformed based on an alternative Greek proposal. Rather than privatize IPTO, this latter option calls for fixed assets (networks, lines) to remain part of PPC, the parent company, with management of the grid to be transferred to a new independent company, free of any PPC involvement.

The bailout agreement also demands that the natural gas market be fully liberalized by 2018. The objective here is to divide the market’s trading and network management activities – both currently controlled by gas supply companies with regional monopolies in the wider Athens area, Thessaloniki, and Thessalia, in the mid-northeast – to draw new companies into the market.