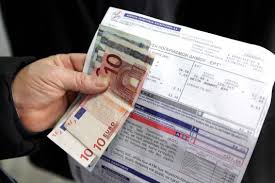 Following an extended period of tolerance, the main power utility PPC has begun clamping down on consumers who have fallen behind on electricity bill payments, especially those believed to be able but not willing.

PPC staff has been given orders to issue warnings and then cut electricity supply if consumers with overdue bills do not pay up. The increased pressure appears to be producing results judging by the large number of PPC consumers who have applied for payback schemes in the form of installments.

PPC recently set up a new electronic system (SAP) to cross-examine home sizes with electricity consumption levels. The inspections conducted have suggested that a large number of consumers are taking advantage of the wider economic crisis and being less punctual with payments.

Over the past few weeks alone, over 30 consumers owning large properties in the wider Athens area have applied for payback schemes following power-cut warnings by PPC.