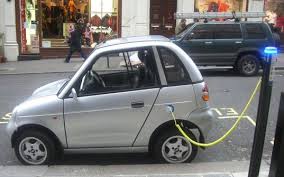 Following many years of slow moving, the concept of electric cars is gradually making its way into the Greek market. A legal revision made by the Ministry of Environment, Energy & Climate Change earlier this month that exempts charging infrastructure operators from requiring electricity supply licenses, instead classifying them as final consumers who hold the right to resell electricity as a charging service, has helped speed up the process.

The lack of a fully developed legal framework has delayed progress amid this highly promising sector. The latest legal revision was preceded by another made earlier this year, enabling the installation of charging stations at convenient spots such as petrol stations and parking facilities.

Besides the legal framework issues, the sector’s progress has also been hindered by higher market prices of electric vehicles in Greece.

PPC, the Public Power Corporation, ranks as an early domestic mover. The firm expects to soon receive 15 electric vehicles ordered from two car producers, BMW and Daimler, possibly within the current week. A number of other local companies offering fast-delivery and distribution services are currently examining electric vehicles, including scooters, as an option.

Still at an embryonic stage in Greece, the market of fully electric cars numbers between 20 to 25 vehicles at present, not including the 15 cars ordered by PPC.

The corporation is responsible, in Greece, for Green eMotion, an EU-subsidized program promoting the concept of electric vehicles in the local market. Launched in March, 2011, the four-year program expires next March. Prior to that, the campaign’s results and the nascent sector’s overall development in Greece will be examined at a conference scheduled to take place in Athens on September 24. PPC will also offer an update on the progress made at the upcoming Thessaloniki International Fair, September 6 to 14.