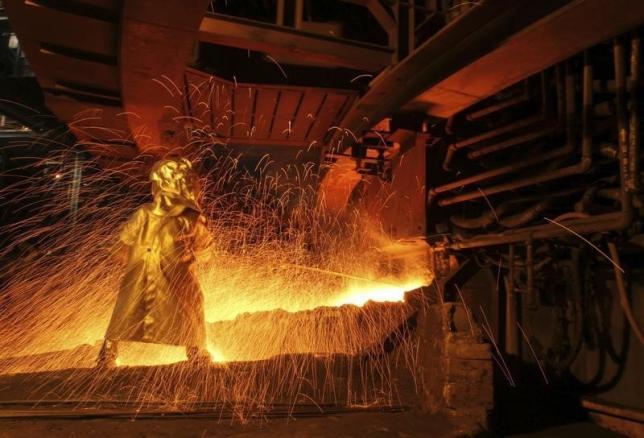 During his six-month tenure as Production Reconstruction, Environment and Energy Minister, the recently replaced Panagiotis Lafazanis had refused to meet employees at Larco, the state-controlled general mining and nickel producer and Greece’s second largest power consuming facility. Along with the metal workers union, they have sought lower-priced electricity tariffs for the industrial enterprise, one of the country’s biggest employers.

From early on, Lafazanis had declared that reducing energy costs was a priority item on his agenda. Perhaps his tenure did not last long enough for Lafazanis to tackle the issue and make any progress. Whatever the case, Lafazanis did not touch the matter raised by Larco, which has refused to sign an agreement with PPC, the Public Power Corporation, on new electricity tariffs. Larco considers the electricity tariff rate offered by the power utility as extremely elevated.

Larco and PPC are also at odds over tariffs concerning the period between 2010 and 2013. They will need to resolve their differences through an arbitrator, as was also the case for Aluminium SA, a member of the Mytilineos Group, in a similar dispute with PPC.

The two sides must agree on who will arbitrate their case. Disagreement has already emerged on this aspect of the dispute. An official proposed by Larco has not been endorsed by PPC. The same official arbitrated the case between PPC and Aluminium SA, which led to a verdict in favor of Aluminium SA. PPC later announced it did not recognize that decision but was eventually forced to comply.

In a letter forwarded just days ago by Larco to PPC, the industrial enterprise noted its administration is acting with transparency and independently with the sole intention to support the interests of the company and its shareholders. PPC, incidentally, is one of these, and holds an 11.45 percent stake in Larco. The nickel company also noted it will continue to insist with its choice for arbitrator, describing the official, in the letter, as fully qualified and appropriate for the task.