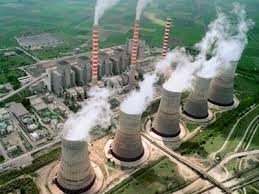 The board at PPC, the Public Power Corporation, has decided to pursue a major revamp investment on two of its old lignite-powered electricity production units in northern Greece that would bring them in line with EU environmental regulations and prolong their operating life.

PPC has announced a tender for the revamp of the units, located in the wider region of provincial city Ptomelaida, and budgeted at 36 million euro.

The prospective project, which ranks as one of the most significant modernization investments for the country’s existing power units, will entail the installation of emission-reducing systems on the two lignite-powered units, among the oldest still being used in Greece.

PPC investments concerning any modernization work on the enterprise’s facilities have been severely restricted to the bare basics over the past five of years of deep recession in Greece.

The infrastructure upgrade at PPC’s two units in the Ptomelaida region aims to reduce nitrous oxide emissions to levels of 200 milligrams per cubic meter, in line with an EU directive on emission limits for old units launched prior to 1987.

Tender results are expected to be reached early in 2015, as long as the current submissions deadline, dated October 3, 2014, is not extended.

If all goes according to plan with the tender, the two units will be shut down temporarily, for extended periods during the second half of 2015 and first half of 2016, to facilitate the revamp project’s completion.

The tender’s result will reportedly be determined by the cost of offers, as well as funding proposals made by bidders.