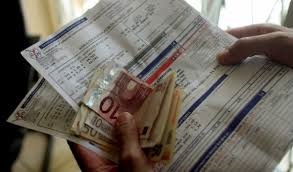 The total amount of overdue consumer electricity bills at PPC, the Public Power Corporation, has risen to unprecedented levels, reaching 1.7 billion euros at the end of July, and is causing severe cash flow problems at the company, according to energypress sources.

Just months ago, PPC raised 700 million euros from a bond issue, reached a deal to restructure 2.2 billion euros worth of debt, and also received a considerable sum from the European Investment Bank as financial aid. These moves, made prior to last summer, provided badly needed financial relief for the corporation’s cash flow predicament, and, by extension, the energy market, as PPC’s position is pivotal.

Overall, the level of overdue electricity bills has risen by over 30 percent in 2014, energypress data showed. The total amount is expected to keep rising and exceed two billion euros, considering the slow payment activity registered in August.

A property tax previously paid through PPC electricity bills, which burdened them considerably, has been removed, meaning that the increasing inability of consumers to cover electricity bills cannot be attributed to the tax.

“This means that consumers don’t have money. They have been stretched to the limits of their ability,” one sector official told energypress, who also expected the situation to worsen by the end of the year as a result of various tax obligations faced by citizens, including the new property tax, ENFIA, now expected to be paid separately. It has been plagued by overcharging errors, still being corrected.

PPC’s cash flow problem has been described as unsustainable. The corporation is expected to seek a new round of financial support.