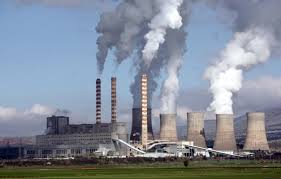 Whether and how PPC will be able to cover its refinancing needs remains unknown. The corporation’s credit rating is at par with that of the country itself. PPC managed to both refinance and service loans with a total value of 2.1 billion euros in 2013 and 2014, but conditions have since worsened considerably.

PPC’s total debt is currently worth 4.991 billlion euros, up by 467.6 million euros compared to a year earlier.

Of the 1.8 billion euros of overdue unpaid electricity bills owed to PPC by consumers, 90 percent of the total amount concerns medium and low voltage consumption, or households, small enterprises and small-scale manufacturers.

The first move made by PPC’s newly appointed chief executive, who took over at the helm early this month, entailed focusing on overdue unpaid bills owed by consumers to the power utility. He has ordered consumer profiles to distinguish consumers who are in a position to pay outstanding amounts to PPC from those who are unable as a result of the ongoing recession’s impact on their financial standing.

In a bid to bolster the corporation’s position, PPC’s administration will also strive to boost lignite production. The company believes there is plenty of scope for improved efficiency in this domain as production facilities at lignite mines are currently idle as a result of a lack of staff. A plan to hire 600 new employees had been approved by the country’s previous government. The average age of PPC employees has risen to 49.

PPC’s new administration is also considering repairing and relaunching its Ptolemaida 3 power station in Ptolemaida, northern Greece, if the European Commission approves, for limited use following 2015. The station was damaged by a fire that had broken out at the adjacent Ptolemaida 4 unit.