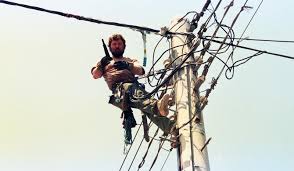 The news of the provision of a “food allowance” worth six euros per day for all Public Power Corporation (PPC) staff members, included in a new three-year collective labor agreement signed just days ago by the power utility’s union of employees with the board, has prompted wider displeasure.

The move has been viewed as an unnecessary, even outrageous, addition to the operating expenses of PPC, whose worsening cash-flow problem threatens to destabilize the country’s energy sector. Consumers of various scales, from household to industrial, also believe the utility’s tariffs are excessive considering the plunge in crude oil prices and other operating expense reductions at PPC.

PPC’s “food allowance” provision – not an unusual practice, private sector included – will amount to an annual cost of roughly 20 million euros, considering the power utility’s 15,000 or so employees.

PPC employee representatives have responded to the negative reaction caused by the collective labor agreement by contending that the food allowance would be offered in kind or vouchers, not cash. Company officials also argue that the remuneration packages of PPC staff members have been particularly affected amid the country’s deep and ongoing recession – more so than other public sector employees.

“PPC employees have lost over three billion euros during the crisis. Salary costs for 2014 will add up to 950 million euros, down from 1.7 billion euros in 2009. We’re an easy target,” a PPC official remarked. “The majority of employees are technicians who work at mines and grids in conditions of -20 degrees Celsius, in the winter, at the mines, and +50 degrees Celsius in summer at the grids,” the company official continued.

The same official contended that reports of average salaries at PPC reaching 4,000 euros per month, several times over the national average, were farfetched. The official noted that the average for gross salaries was 3,050 euros per month, which works out to a net amount of 1,600 euros.

The official noted that the average age of PPC employees is 50, meaning that numerous staff members have spent some 25 years working at the company, while 90 percent of staff members were technicians who receive bonus payments for shifts.