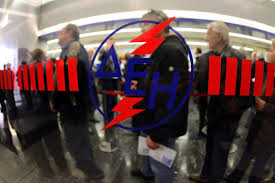 As expected, the imposition of capital controls, still in place but now somewhat relaxed, has affected the level of unpaid overdue electricity bills at main power utility PPC but not completely devastated the utility’s collection effort.

According to energypress sources, the total amount of unpaid overdue electricity bills rose by 10 percent over the past two weeks, to two billion euros from 1.8 billion euros.

A 60 percent proportion of consumers managed to overcome the restrictions caused by capital controls and, despite the temporary closure of banks, paid their electricity bills on time through a variety of means, including cash payments and e-banking, energypress has been informed.

The other 40 percent of consumers failed to pay electricity bills on time, either because they were unable or unwilling to do so.

A grace period offered by PPC amid the imposition of capital controls, which spared consumers of interest on overdue amounts, expires today. PPC’s campaign to collect overdue amounts is expected to now recommence in earnest.

“We need to accelerate our efforts, and, in line with the improved overall conditions, need to focus on the issue – both for older overdue amounts and ones just established,” a highly-ranked PPC official noted.

The official noted that consumers responded considerably well in managing to pay their electricity bills amid the capital controls, despite the fact that a large proportion of consumers, especially older citizens, remain unacquainted with the internet and e-banking.

PPC’s collection effort will focus on able but unwilling consumers taking advantage of the adverse conditions of the Greek economy, including the recent closure of banks, to not pay their electricity bills.