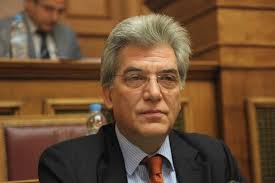 The chairman and chief executive officer of PPC, the Public Power Corporation, Arthuros Zervos, submitted his resignation late Wednesday night faced by two negative fronts, the most decisive being the acute public resentment stirred up by his decision to sign a new three-year collective agreement several days ago with the power utility’s union of employees, which would lead to indirect pay rises.

The head official’s decision was also prompted after Council of Appeals Court Judges in Athens decided yesterday to send Zervos to trial in connection with excessive pay rises granted to 19 senior PPC officials between 2010 and 2012, breaking bail-out agreement conditions. Zervos submitted his resignation just hours after the legal action was taken.

The PPC chief’s resignation is expected to be accepted by Production Reconstruction, Environment and Energy Minister Panayiotis Lafazanis, currently in Brussels for an energy ministers summit meeting.

Zervos, a professor at the National Technical University (NTUA) who is backed by extensive studies in the USA and France, had assumed his role as head of PPC in December, 2009.