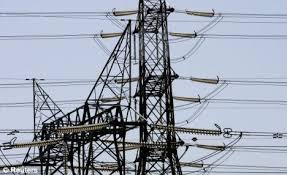 PPC, the Public Power Corporation has expressed its opposition to a proposal made by RAE, the Regulatory Authority for Energy, to reintroduce a Variable Cost Recovery Mechanism, locally acronymed MAMK.

The mechanism would compensate independent thermal power stations, which operate at a loss when forced to turn on and produce electricity to maintain the grid’s adequacy levels. Thermal power stations, which run on natural gas, take about two days to warm up before beginning to produce electricity. The mechanism would compensate these units for the significant cost entailed during the preparation process.

PPC, contributing its opinion to public consultation procedures launched by RAE over the MAMK issue, noted it was categorically opposed to any plan concerning the reinstatement of the Variable Cost Recovery Mechanism.

PPC explained it was against the idea of the mechanism’s return as this would generate complacency in efforts being made to modernize the market and reduce production costs at power stations. In its comments, the power utility also noted the mechanism’s return would signal – to both local and foreign investors – a return to closed-market practices.

Besides PPC’s opposition to the mechanism, other opponents include EVIKEN, the Association of Industrial Energy Consumers, which argues the mechanism’s cost will be rolled over onto electricity bills.