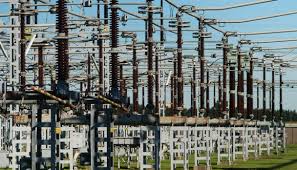 Besides the overall negative impact on the energy market, including outstanding payments to independent and renewable energy source (RES) producers, PPC’s (Public Power Corporation) cash-flow problem also threatens to destablilize the utility’s investment plans, a stand-out example being the construction of a new lignite-fired power station in Ptolemaida, dubbed “Ptolemaida 5”, in northern Greece.

Based on agreements signed by the utility and the project’s developers, PPC will need to provide 200 million euros in advance as well as a further 200 million euros six months following the power station’s launch. However, under current conditions, this does not appear to be attainable as a result of the rising level of unpaid overdue electricity bills owed by consumers to PPC, as well as the utility’s limited ability to seek any new credit support.

As was recently reported by energypress reported, electricity bill payments by consumers to PPC dropped by 20 percent in January, month-to-month, intensifying the alarm at the already cash-confined utility. It remains to be seen whether this drop was caused by an extraordinary temporary event, such as the wider slowdown of trading activity witnessed during the lead-up to the recent snap elections, or whether it signifies a symptom of worsening market conditions.