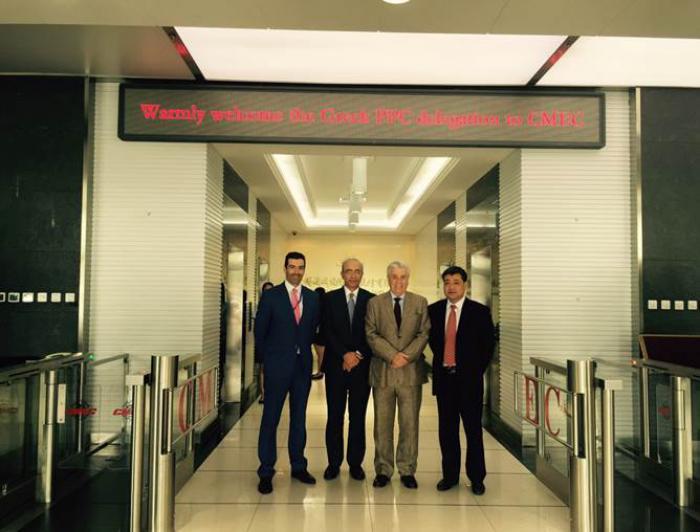 Preceding talks had been held in Athens with officials representing a number of these Chinese firms. The latest meetings highlighted the high standards and knowhow possessed by Chinese enterprises, while also confirming their interest for cooperation.

Energypress sources informed that the PPC boss’s most prominent meeting was held with officials of CMEC, one of China’s biggest construction groups with a strong international presence in major electromechanical projects.

PPC officials are believed to be interested in working together with CMEC for the development of a new lignite-fired power station in Meliti, northern Greece, and on ventures in Albania.