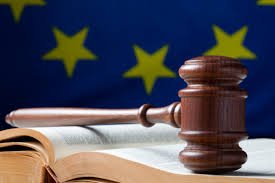 A new chapter has been added to an ongoing pricing policy dispute between PPC, the Public Power Corporation, and Aluminium SA, a member of the Mytilineos Group, following the former’s delivery of an ultimatum, last Friday, demanding that the corporate group find a new electricity supplier within a ten-day period.

The Mytilineos Group’s response to the demand, and whether it will take legal action, remains unknown as, until early today, it had not announced any course of action.

Aluminium SA insists that it should be charged an electricity rate of 42 euros per megawatt hour (36.6 euros per MWh for electricity plus surcharges), based on a decision delivered by RAE, the Regulatory Authority for Energy. PPC, however, claims that the validity of the decision expired several months ago, while contending that it offers a pricing policy for industrial high-voltage consumption based on a board decision, this being 56 euros per MWh, which works out to 53 euros per MWh following certain discounts. Both Aluminium SA and PPC dispute each other’s claims.

PPC contends its accumulated demands from Aluminium SA for 2014 total 67.4 milliion euros, which is being questioned by the latter. Aluminium SA considers that it has paid the State-run company the necessary monthly amounts throughout the year.

Besides the actual figures, the political factor is also at play in this dispute. No government official would desire the closure of an industrial facility amid the pre-election campaign. On the other hand, though, the government is keen to show it will not yield to any pressure from the industrial sector.

Company officials at Aluminium SA have warned that if PPC believes it has the right to cut off electricity supply to a leading customer, then it can go ahead, but, in doing so, it will pay the price of its action.

Without a doubt, the dispute has reached its limits and further developments are expected within the next few days, with all scenarios considered possible.

In October, Aluminium SA won an appeal over electricity tariffs and state aid at the European Court, which ruled as invalid a preceding decision by the Competition Committee, which had ruled that lower electricity rates enjoyed by the company were illegal.