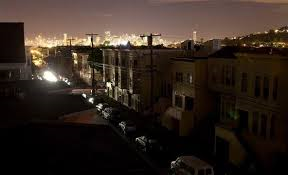 A draft bill prepared by the newly elected leftist Syriza-led coalition government to help combat the ongoing deep recession’s humanitarian crisis, whose provisions include electricity reconnections, as well as rent and food allowances for deprived households and individuals as its basic features, was submitted to Parliament today.

According to the bill, electricity reconnections will be performed free of charge for all households serving as primary homes. These households will be supplied free electricity of up to 300 kwh for every four-month billing period until the end of the year.

The rent allowance, to range between 70 euros and 220 euros per month, will be provided to as many as 30,000 households for 2015, while the measure may be extended to also cover 2016. The rent allowance will not be considered as income in tax declarations submitted by parties eligible for the support measure, nor will it be confiscated for debt owed to credit institutions. On the contrary, provisions will be made to enable the allowance to offset certified amounts owed to tax offices and social security funds.

The food allowance measure will also be offered to 300,000 underpriviliged individuals in the form of coupons and electronic vouchers. Food allawance levels for individuals will be determined by family size, while they will be valid at retail oulets willing to particpate in the support program. Besides offering support to deprived persons, this measure will also serve as a means to help boost consumer demand. All retails outlets, regardless of size, will be eligible to take part.