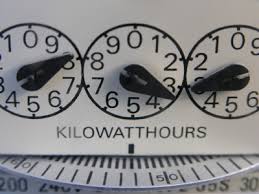 A supply-and-installation rights tender deadline for Greece’s first 200,000 digital electricity meters, originally set for September 22, has been extended, with a new date probably to be set for late October, following objections raised by a number of firms over technical requirements stipulated by the competition’s organizer, HEDNO, the Hellenic Electricity Distribution Network Operator, locally referred to as DEDDIE.

The operator is expected to announce the new date within the month of September, immediately after revisions and additions to the tender have been published.

In its announcement, HEDNO noted that it decided to reset the deadline to clarify certain terms following various inquiries by interested parties, and also to deal with appeals made by participants.

A week earlier, EnergyPress had reported that companies participating in the tender had raised respective objections to its terms, arguing that certain technical specifications were unfairly ruling them out of contention.

It remains unclear which companies will do battle for the supply-and-installation rights to the project, to begin as a pilot program for 200,000 households in various parts of the country. Firms being mentioned as possible candidates include Intrakat, through Intralot, OTE, Ericsson, and GEK-Terna. IBM and Siemens are both being rated as outsiders, while a number of Chinese firms are also believed to be considering the project.

These participants will all be affiliated with meter manufacturing firms. Based on older collaborations, GEK-Terna has worked with Actaris, while Intrakat had done business with a Singapore-based manufacturer when HEDNO had appointed it, in 2013, to install meters for large consumers.

A number of failed attempts have been made over the past decade to initiate the pilot program for the installation of digital power meters. The country faces an EU deadline to replace 80%, or seven million, of its old power meters by 2020.

Assuming the tender obstacles are swiftly overcome, work could begin within 2015. The tender’s regulations require the installation of the first 10,000 digital power meters within nine months of the contract’s commencement, and 160,000 meters over the ensuing 15-month period.