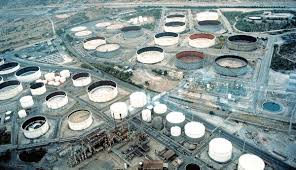 The new minister, following the meeting, announced that the first of two natural gas price reductions, totaling twenty percent, would be implemented within the next few weeks, as a result of lower crude oil prices in the international market. Natural gas prices in Greece are linked to the price of crude oil. Lafazanis also noted that electricity rates would soon also be reduced.

Responding to a question, Lafazanis said that, at present, the government had no plans to reduce tax rates imposed on fuel. He noted that emphasis would be placed on countering illicit fuel trade, which the minister described as widespread. Coordinated action to be taken by the responsible ministries is of vital importance for state revenues, Lafazanis remarked.

As for ELPE, the minister pointed out that the Greek state’s 35 percent stake in the company would be returned from TAIPED, the State Privatization Fund, which the leftist politician described as “sinful”. The Greek state, Lafazanis noted, will strategically utilize this sizeable equity share it holds in the oil refining company. The minister described ELPE as a giant, considering Greece’s proportions, capable of offering oil security, sufficiency, and lower petroleum product prices.

Lafazanis summed up his remarks following the meeting with ELPE’s two leading officials by noting that the new government will implement a new energy strategy, while Greece will cease being a satellite state. Instead, the country will implement its own independent policies based on growth and production criteria, he noted.