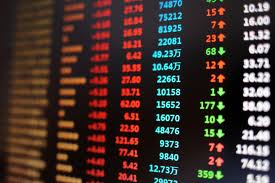 The country’s prospective energy exchange, or Power Exchange, as the prospective market platform is being referred to, will operate on a private-enterprise basis with LAGIE, the Electricity Market Operator, and the Athens Stock Exchange as its main shareholders, joined by all the sector’s entities, such as PPC, the Public Power Corporation, IPTO, Greece’s Independent Power Transmission Operator – ADMIE locally – as well as independent electricity producers among the equity make-up of the company.

“It will operate on principle of market running the market, strictly monitored by regulatory authorities, of course,” LAGIE president Tasos Garis told energypress on the Power Exchange in the making.

Representatives at LAGIE, the Capital Market Committee, Hellenic Exchanges SA – parent company of the Athens Stock Exchange – and RAE, the Regulatory Authority for Energy, have received a request from the Environment, Energy & Climate Change Minister Yiannis Maniatis to prepare legal framework by the end of the year, based on a guideline proposed jointly by LAGIE and the Athens Stock Exchange.

“The Power Exchange will not just satisfy the new [target] model’s needs. It will also serve as a catalyst for change in the electricity market and energy market as a whole,” Garis noted.

As a first step, the new enterprise will be responsible for the country’s Daily Energy Planning, a task currently being performed by LAGIE. It will also start preparing for the launch of the Power Exchange with products and services of the new-look electricity market, based on the European Union’s target model. Many of the activities to be performed at the Power Exchange are obligations faced by the country for the development of an integrated energy market in Europe. It will also serve as a base for the development of a natural gas price hub for southeast Europe. It will facilitate trade of gas being imported into Greece via various sources and routes. Greece will need to move fast to establish a gas hub as other neighboring countries, among them Turkey, are making rapid progress on the development of such a plan.