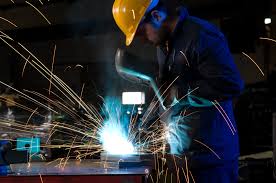 The Production Reconstruction, Environment and Energy Ministry is set to sign a ministerial decision for a delayed “power disruption management” plan whose implementation will enable energy cost savings for major-scale industry in exchange for shifting energy usage to off-peak hours whenever required by IPTO, the power grid operator.

According to sources, Production Reconstruction, Environment and Energy Minister Panagiotis Lafazanis may meet as soon as tomorrow with the leadership at PPC, the Public Power Corporation, and IPTO, to push forward the plan, initially discussed one and a half years ago and approved by the European Commission five months ago.

A leading ministry official has told energypress that the ministry has decided to endorse the plan. Once introduced, industrial enterprises will be able to limit their operations during morning and midday hours and, instead, operate at night and absorb excess power generated by PPC’s lignite-fired power stations, which remains unutilized during these hours.

Industrial sector sources confirmed they have held a first round of discussions with the energy minister, who, they noted, is prepared to endorse the plan. Lafazanis met yesterday with a metals industry group, promising the measure will be examined imminently at a meeting to involve all interested parties.

It remains unclear how the measure’s cost will be covered. It is expected to save the industrial sector about 150 million euros per year. The ministry has not offered any details on this matter.

Despite been given the green light by Brussels last October, the country’s administration did not sign a ministerial decision for reasons that were never made clear.