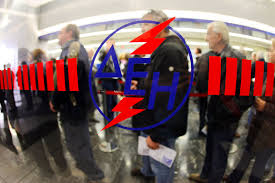 The new administration at PPC, the Public Power Corporation, plans to intensify the power utility’s effort to collect overdue unpaid electricity bills, currently estimated at 1.8 billion euros, by applying pressure on consumers who are suspected of being able but unwilling to settle outstanding amounts owed. Consumers who fail to respond to the heightened pressure will have their power supply cut.

PPC intends to cross-examine social and financial profiles of consumers not paying their power bills. Factors will include size of property owned and amount of electricity being consumed. Numerous consumers are exploiting the greater tolerance levels prompted by the deep recession, PPC officials believe. Professional debt collection agencies may also be employed in the effort.

PPC’s newly appointed president and CEO, Manolis Panagiotakis, yesterday called on consumers to make every effort to pay overdue electricity amounts, describing the needed cash inflow as the corporation’s lifeblood. Focus will be placed on collecting amounts from uncooperative consumers with the ability to pay.

Of the 1.8 billion euros of overdue amounts owed to PPC by consumers, 230 million euros concern enterprises that have gone out of business. This amount will be extremely difficult to retrieve, the power utility has conceded. A further 355 million-euro amount is long overdue, but PPC officials believe the amount will eventually be collected.