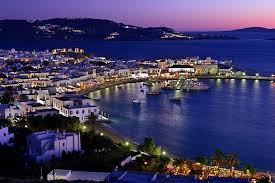 Power bills are expected to increase by about 25 percent. The Environment, Energy & Climate Change Ministry plans to submit an amendment to Parliament within September to break-up payment for consumers over at least two years and avoid even sharper rises to electricity bills.

The surcharge is added to electricity bills to cover the elevated cost of electricity production at non-interconnected locations, including islands such as the Cyclades.

IPTO, the Independent Electricity Transmission System Operator, locally known as ADMIE, is expected to sign deals today with winning consortium bidders for the development of interconnection infrastructure from the grid to the Cyclades. The project, contemplated for over 20 years, is expected to save electricity consumers over one billion euro, annually, which is the amount currently charged as Public Service Compensation to finance electricity production on the Cyclades through fuel-generated power plants.

Households, businesses and industrial plants will need to keep contributing to the Public Service Compensation surcharge for the Cyclades until 2017,when the Cyclades interconnection project is expected to be completed.

The annual cost of electricity production on the islands of Mykonos, Paros, and Syros, alone, amounts to 64 million euro, while the interconnection project to these islands has been budgeted at 240 million euro, based on an IPTO estimate. The cost would be amortized in four years.

Another prospective interconnection project, to service Crete, Greece’s largest island, is still a long away off. Covering the cost of electricity production on Crete, alone, cost consumers 415.6 million euro in 2012 and 388.6 million euro in 2013. The cost for the Cretan interconnection project, based on studies conducted, has been estimated at between one and 1.5 billion euro, meaning the investment would be amortized in three to four years.

At present, households are charged between 6.99 euro and 44.8 euro per Kwh every four months, depending on the consumption category, so that PPC, the Public Power Corporation, can cover Public Service Compensation amounts. The levels paid are expected to increase by approximately 25 percent, to cover increased surcharge-related costs for 2012 and 2103, calculated at 842 million euro and 850 million euro, respectively, by RAE, the Regulatory Authority for Energy. The cost was 670 million euro in 2011.