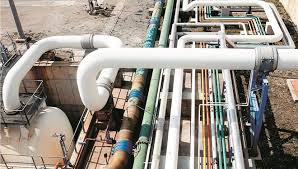 The European Commission’s decision yesterday to delay the sale of DESFA, the Natural Gas Transmission System Operator, to Socar, by announcing it will launch an in-depth examination of the yet-to-be finalized acquisition, has prompted various thoughts about the possible motives behind the move, while also irritating the Greek government, seeking to finalize its first major energy-sector privatization, and the Azeri buyer.

The Commission’s official announcement noted it was concerned over the limited level of competition in Greece’s gas market. But the move has triggered a range of suspicions. One of these concerns whether the Commission is delaying Socar to indirectly protect the European Union from any future corporate moves by Gazprom. The delay may simply have to do with usual precautions taken for major deals. Or, it could be the result of the hesitancy displayed by the executive body’s newly appointed Commissioners. Furthermore, the existence of a lobby seeking to block the deal cannot be ruled out. Certain officials in Brussels are believed to have never been keen on the idea of Socar moving into the European energy network.

Yesterday’s decision by the European Commission to launch an in-depth examination of the deal comes seventeen months after the tender’s completion. Over the past few months, an optimistic mood had prevailed at Greece’s Environment, Energy & Climate Change Ministry about the deal’s finalization, especially after RAE, the Regulatory Authority for Energy, had recently certified DESFA’s independence as an operator, as had been demanded.

Essentially, following yesterday’s decision, two possible routes lie ahead. The deal will either be delayed before eventually receiving approval, or cancelled.

Local authorities are hoping the delay is only a matter of the new appointments at the European Commission. However, certain officials in Brussels are believed to be concerned that Socar’s acquisition of DESFA could set a legal precedent for Gazprom to step on. Socar, a vertically integrated company, is more or less structured like the Russian energy giant.

The European Commission faced a deadline yesterday to decide on whether it approved the deal. Following yesterday’s move, the EU executive body has a further 90 working days, until March 23, 2015, to decide on the DESFA sale.