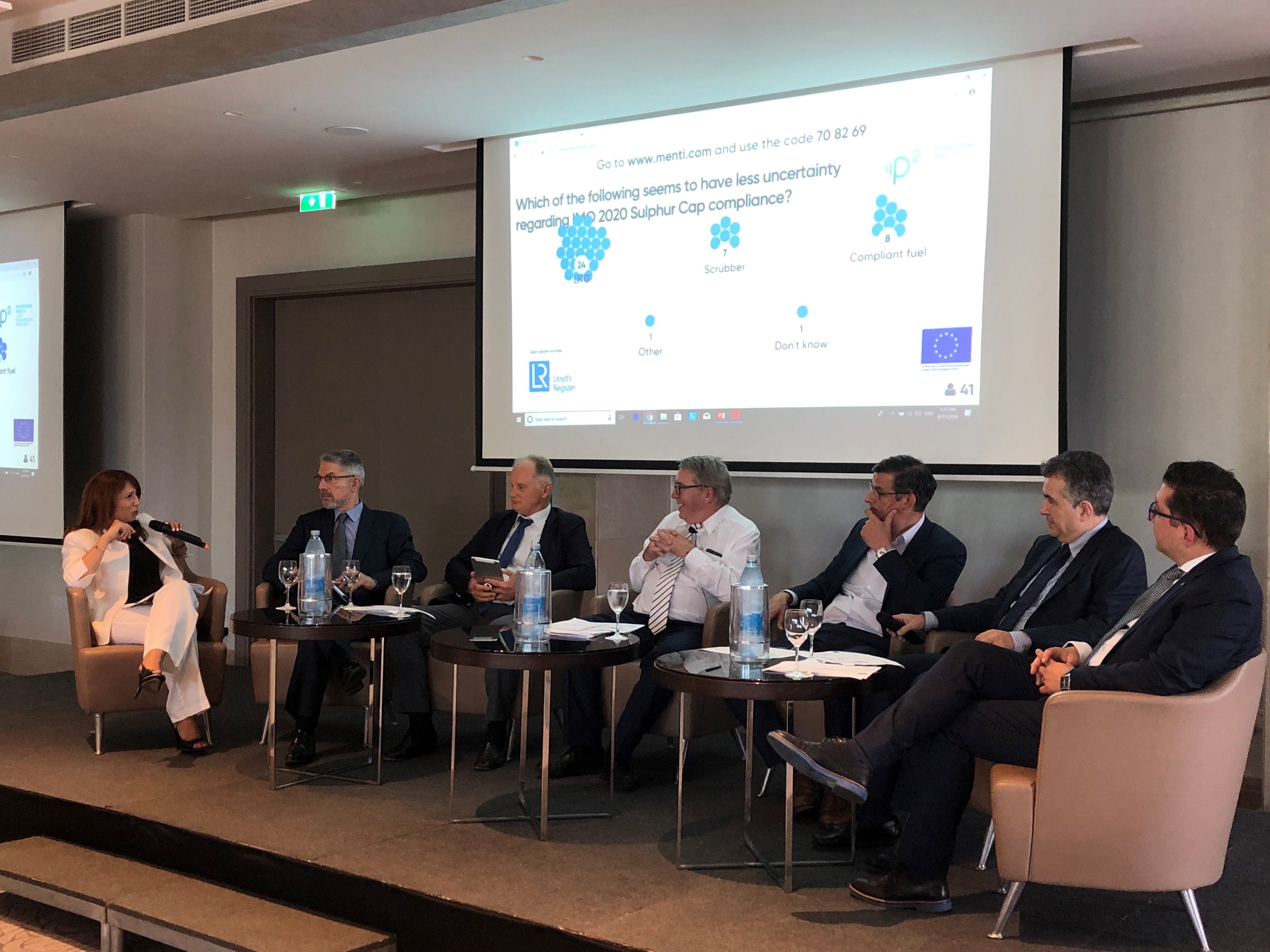 LNG bunkering developments for the Eastern Mediterranean were presented at a Limassol event this week organised by the European co-funded Poseidon Med II project.

Government officials, along with representatives from the shipping and energy industry, shaped the event agenda, which comprised of interesting presentations and a vivid panel discussion on the stage of Crowne Plaza Limassol Ballroom.

During the welcome session, Cyprus Deputy Minister of Shipping Natasa Pilides underlined the importance of the industry preparation to meet the environmental challenges set by international regulations. “We are looking forward to such LNG projects that offer realistic solutions to shipping industry”, noted.

Stella Fyfe, European Projects Coordinator at Bunkernet, revealed the specific LNG bunkering plans for Cyprus, which include the market preparation (under CYnergy project) the FSRU installation (under CyprusGas2EU), the construction of an LNG bunkering vessel based in Limassol and 2 Mobile LCNG stations & 3 LNG tanker trucks (within BlueHubs project).

The first session was concluded with Panayiotis Mitrou, Technology & Innovation Manager, South Europe, Marine & Offshore Business Development at Lloyd’s Register, who pointed out that safety and training requirements are already in place for the East Med transition to LNG.

Whether the shipping industry is prepared for the LNG as fuel option was the focus of the roundtable discussion with all speakers and the contribution of Oleg Kalinin, Fleet Director at SCF Management Services (Cyprus) and Antonis Trakakis, Technical Manager at Arista Shipping under the moderation of Peter Wallace, Chief Engineer Oil & Gas at Lavar Shipping.

The panellists reacted to audience insights on the benefits of LNG as fuel compared to other options, the infrastructure challenge, conversion costs and safety implications as well as the horizon of LNG bunkering operations in Cyprus, which were highlighted during a live-poll.

The Poseidon Med II project is a practical roadmap which aims to bring about the wide adoption of LNG as a safe, environmentally efficient and viable alternative fuel for shipping and help the East Mediterranean marine transportation propel towards a low-carbon future. The project, which is co-funded by the European Union, involves three countries, Greece, Italy and Cyprus, six European ports (Piraeus, Patras, Lemesos, Venice, Heraklion, Igoumenitsa) as well as the Revithoussa LNG terminal. The project brings together top experts from the marine, energy and financial sectors to design an integrated LNG value chain and establish a well-functioning and sustainable LNG market.

All event presentations will soon be available at the Poseidon Med II website:www.poseidonmedii.eu