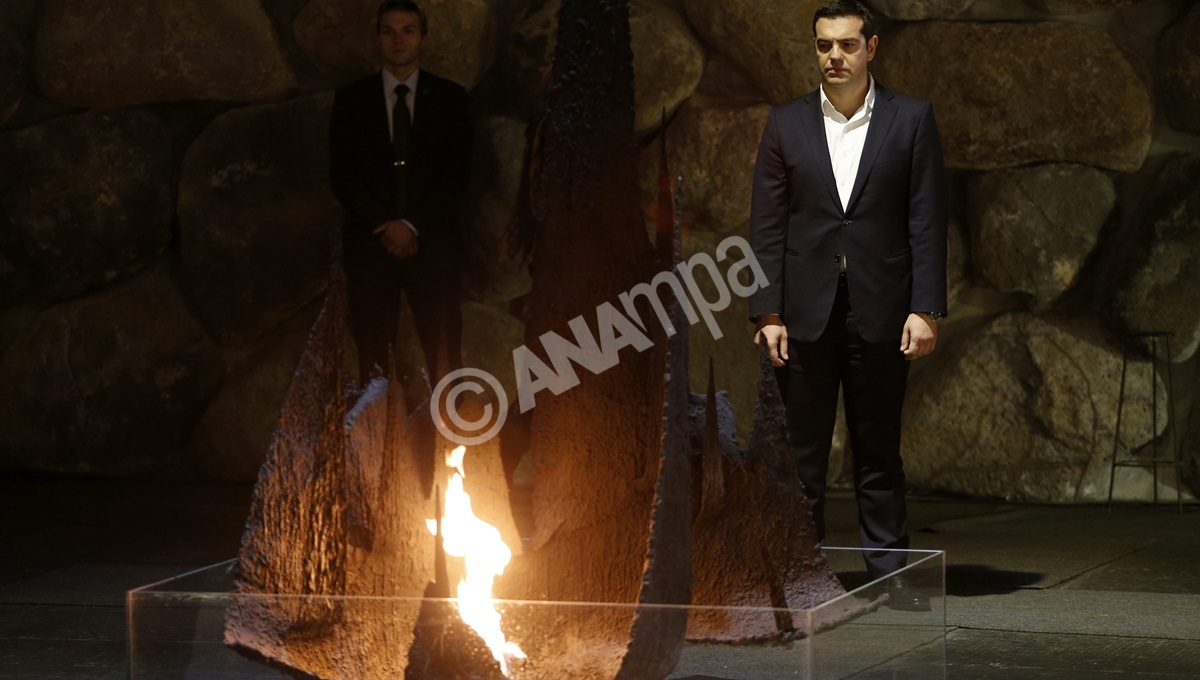 Prime Minister Alexis Tsipras on Wednesday visited the museum of the Holocaust and paid tribute to the victims of Nazi.

“We are in a place of particular historical symbolism. In my first visit as prime minister in Jerusalem I asked to visit the Museum of the Holocaust which is a milestone in the modern history and it is the task of all of us not to let this black spot in history to be forgotten, not to allow anyone to repeat it. We should resist the ideology of hate, racism and transform this city from a city of violence and hostilities into a city of peace and peaceful co-existence.”

Earlier, the Greek Prime Minister laid a wreath at the Hall of Remembrance of the museum.After his visit to the museum, Tsipras left for his meeting with Israeli Prime Minister Benjamin Netanyahu.