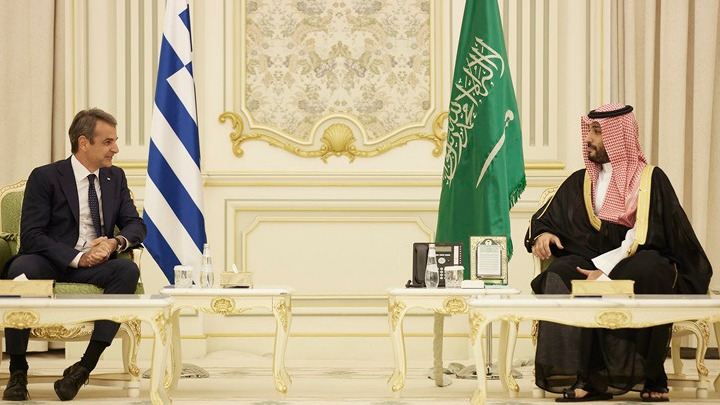 To that effect, both men underlined the significance of the newly established Greece-Saudi Arabia Business Council, which is expected to fortify cooperation of the two countries’ business communities, said government sources.

Additionally, they agreed to set up a bilateral Supreme Council of Cooperation, which will convene sometime in the first half of 2022.

The two leaders also exchanged views on the latest developments in the Eastern Mediterranean and in Greek-Turkish relations, as well as in North Africa and the Middle East.

Mohammed bin Salman thanked Mitsotakis for Greece’s donation of an array of Patriot missiles for the improvement of the kingdom’s defense.