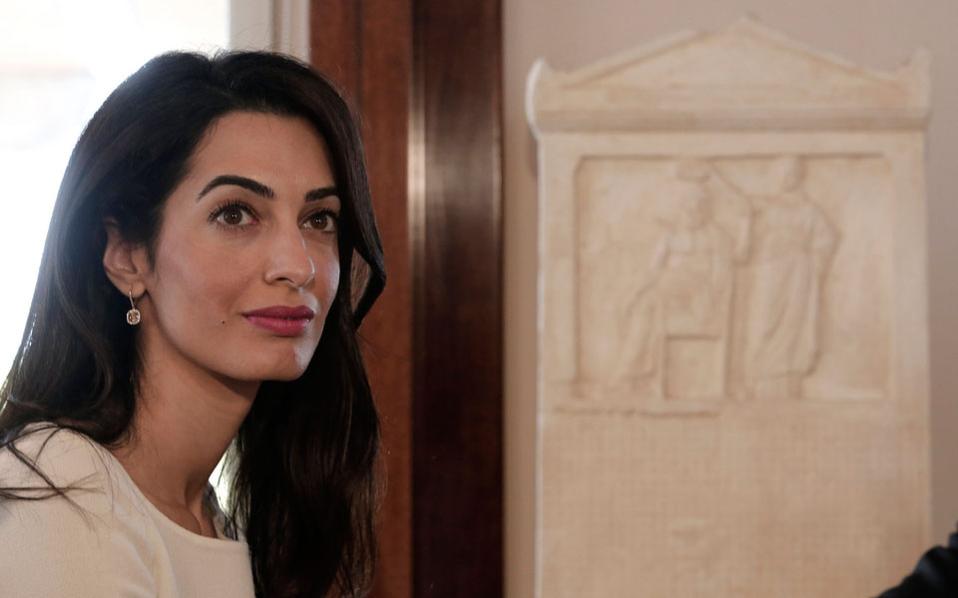 Prime Minister Antonis Samaras was on Wednesday scheduled to meet with human rights lawyer Amal Alamuddin Clooney, as part of an ongoing legal process to secure the return of the Parthenon Marbles to Greece.

The lawyer – who is joined by her boss at Doughty Street Chambers, Geoffrey Robertson, and lawyer Norman Palmer – was set to meet with Samaras at his office in the Maximos Mansion in Athens before receiving a guided tour of the Acropolis Museum at 1 p.m.

A press briefing was scheduled at the Museum at 1.30 p.m. The lawyers were expected visit the Parthenon in the afternoon.

“The issue of returning and reuniting the Parthenon Marbles is one of top importance which Greece has steadily and for a long time demanded,” Tassoulas said.

“It is our duty… to do everything we can to ensure the success of that demand, which is made not only in the name of Greece but also in the name of global cultural heritage,” he said.