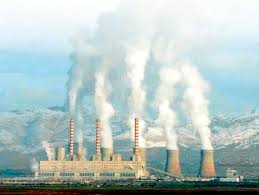 A number of favorable market developments are helping PPC, the Public Power Corporation, offset the detrimental effects being generated by the overall uncertainty and stagnancy ahead of this Sunday’s snap elections. One of the possible setbacks includes PPC’s attempt to privatize its subsidiary firm IPTO, the Independent Power Transmission Operator. The process appears headed for a stand-still, which would deprive PPC of needed cash-flow.

However, PPC expects to benefit on other fronts as a result of the plunging crude oil prices in the international market, while the corporation also stands to gain from other indirect benefits.

According to market analyst forecasts, a crude oil average price of 60 dollars per barrel in 2015 will generate an additional 300 million euros in annual profit for PPC. At such a level, the cost of mazut purchased by PPC will be cut by two-thirds, while the electricity company will also gain from lower-priced natural gas orders. In Greece, the price of natural gas is linked to that of petrol, based on an agreement reached by DEPA, the Public Gas Corporation, and its suppliers.

These aforementioned developments represent PPC’s direct benefits, which could provide a further gain of 100 million euros in indirect benefits as a result of lower-priced electricity purchases from other sources, including independent producers.

The current market conditions, it should be noted, also include dangers for PPC. One glaring problem that threatens to destabilize the country’s entire energy system is the alarmingly increased level of overdue unpaid electricity bills owed to PPC, mostly by low-voltage consumers, currently estimated at two billion euros. Failure to resolve this issue could prompt a widespread debacle in the energy sector.