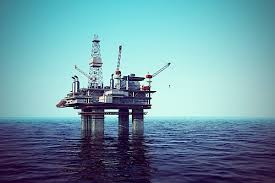 Irish oil company Petroceltic is set to exit from a consortium holding an offshore licence in the Gulf of Patras, western Greece, and will transfer its interest to its joint venture partners.

The company, in its latest update on its overall business activities, noted that, in Greece, it has concluded negotiations for an exit from the Gulf of Patras licence.

A consortium comprised of Petroceltic, Hellenic Petroleum (ELPE), and Italy’s Edison, each holding respective stakes of 33.3 percent, was awarded the Gulf of Patras licence for an offshore block measuring 1,900 square kilometers through an international tender finalized in May, 2014.

The move by Petroceltic, a mid-sized oil enterprise producing around 25,000 barrels per day, comes as part of a wider company strategy to transfer assets not possessing immediate earnings potential as a means of reducing exposure to exploration-related expenses. The plunge in crude prices was the driving force behind the decision. The company’s overall exploration costs amount to less than four million euros until 2017.

ELPE holds the consortium’s preferential right for the 33.3 percent being given up by Petroceltic. ELPE officials have informed media that the two sides are close to reaching a deal for the stake’s transfer. In its announcement, Petroceltic went a step further by noting that it “has concluded negotiations to exit its interest in the Gulf of Patras offshore license in Greece.”

Petroceltic had announced it would withdraw from this offshore license last March at an industry conference in London focused on oil investment opportunities in Greece.

The Gulf of Patras is ranked as one of Greece’s most promising spots for oil exploration. A series of geological and seismic surveys have been conducted in the area over the years, beginning in 1978.

ELPE has maintained an optimistic note. Officials at the company have pointed out that the adverse conditions prompted by lower crude prices are creating major opportunities. For instance, hydrocarbon exploration costs have dropped considerably, they noted, citing geophysical and seismic survey services. These are currently offered for half the price compared to two years ago, while equipment is more readily available, ELPE officials have stressed.