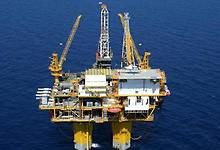 Oil exploration and exploitation contracts signed for three onshore and offshore locations in western Greece’s Ioannina, Katakolo, and Gulf of Patras regions are expected to be ratified this Thursday in Parliament, which currently convenes in summer recess section, operating with a third of all MPs.

A draft bill containing the exploration deals has already been discussed and approved by a special parliamentary committee. The bill also includes an agreement reached by the Greek state with Kavala Oil and Energean Oil & Gas for a revision of an older deal, ratified back in 1999, involving the Greek state and Kavala Oil for hydrocarbon exploitation in the Thracian Sea. The revision will abolish a clause obliging the oil company to sell its petroleum production exclusively to Hellenic Petroleum, or ELPE. Business partner Energean has already reached a deal with BP for the latter to purchase its production.

As for the three regions in western Greece to be explored, Energean Oil & Gas has joined forces with UK firm Trajan Oil for exploration and exploitation of a location in Katakolo, western Peloponnese.

A consortium comprised of Energean Oil & Gas and Canadian-based oil and gas company Petra Petroleum have signed a deal for exploration and exploitation of an onshore site in Ioannina, northwestern Greece.

ELPE, along with Italy’s Edison International and Irish firm Petroceltic Resources were selected for an offshore location in the Gulf of Patras.

Selection procedures were launched in 2012.