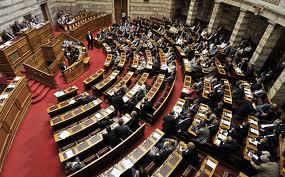 Exploration and exploitation contracts for three onshore and offshore locations along Greece’s western flank, in Ioannina, Katakolo, and the Gulf of Patras, were ratified by Parliament Thursday evening. The contracts were included in a bill covering a number of energy-sector issues.

Revisions to an older deal for hyrdrocarbon exploitation in the Thracian Sea were also approved along with these three contracts.

Environment, Energy & Climate Change Minister Yiannis Maniatis described the evening’s Parliamentary session as historic as he read out the names of all twenty participants who took part in a commission that reviewed the contracts. Greece is seeking to reposition itself on the international energy map. The minister also noted that all procedures were carried in accordance with the requirements of Greek and EU law.

Most opposition parties voted against the ratification, the majority of these arguing that the exploration contracts were unfavorable for Greek interests.