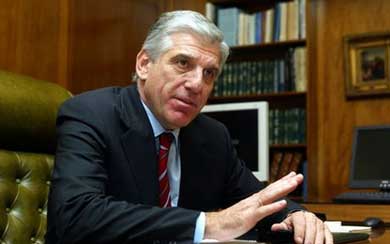 The trial of former minister Yannos Papantoniou and his wife, Stavroula Kourakou, for submitting inaccurate “pothen esches” (declaration of source of income) forms for 2008 was postponed to June 8, 2015, an Athens court ruled on Wednesday. The decision was reached following a strike by lawyers.

Last week the couple was sentenced to four years in prison for submitting inaccurate source of wealth forms for 2009 but were allowed to pay off their terms for 14,560 euros each, pending appeal. Discrepancies in their stated and actual assets were detected when Kourakou’s name appeared on the Lagarde list of Greeks with bank accounts in a Geneva HSBC branch.