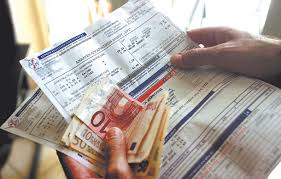 The total amount of unpaid overdue electricity bills owed to PPC, the Public Power Corporation, has escalated further to an alarming level of just over two billions euros until November, latest figures have shown, after remaining steady at about 1.7 billion to 1.8 billion euros in the previous month.

Highlighting the growing inability of consumers to cover the cost of their electrictity bills, the figure has risen by 40 percent over the past twelve months.

The situation is causing major cash-flow problems at PPC, which have dominoed out to other sectors in the energy market. PPC is unable to pay amounts owed to its subsidiary IPTO, the Independent Power Transmission Operator, which, in turn, cannot provide LAGIE, the Electricity Market Operator, amounts it expects to cover payments for renewable energy source (RES) production.

“The current period reminds of the energy market crash experienced in 2012,” a sector authority told energypress.

PPC’s unpaid overdue amounts owed to IPTO exceeded 400 million euros in November, a 20 percent increase compared to the previous month. Of this 400 million euro amount, approximately 230 million euros concern an Emission Reduction Tariff (ETMEAR), which IPTO must pass on to LAGIE for RES production payments. Highlighting the problems faced by RES producers, the overdue tariff amount increased by 45 percent in November, compared to the previous month.

PPC has reportedly stopped paying suppliers, company officials have informed, while the corporation will soon not be able to pay for petrol orders.

For months, the corporation has sought financial backing, but the ongoing political uncertainty in Greece has essentially blocked access to credit markets, a market authority told energypress. A small loan from the European Investment Bank (EIB) appears to be the only viable solution at this stage, the official added, while reminding that the two billion euro amount of unpaid overdue bills owed to PPC includes public sector bills worth about 180 million euros, which have remained unpaid despite repeated government promises.