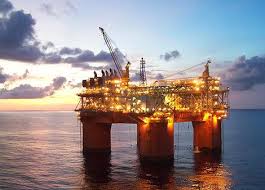 Early results of preliminary hydrocarbon exploration work being conducted in western Greece and south of Crete were better than what was being publically disclosed, Environment, Energy & Climate Change Minister Yiannis Maniatis declared today.

The minister’s comment, a response to a question posed by energypress at a Greek hydrocarbon exploration conference organized by the Hellenic Foundation for European and Foreign Policy (ELIAMEP), echoed preceding remarks made a day earlier by Prime Minister Antonis Samaras during a meeting with the German Chancellor Angela Merkel. Samaras told the German leader that the results of exploration work being carried out had so far exceeded expectations.

At today’s conference, the Energy Minister said three major international energy firms would be taking part in a forthcoming tender for exploration and exploitation of twenty offshore plots in western Greece and south of Crete. Maniatis also made reference to a recent round of discussions held by him with BP executives. These were followed up by talks between the Greek Prime Minister and BP CEO Bob Dudley on the sidelines of energy-related events staged in Baku, Azerbaijan.

An announcement for the tender of the twenty offshore plots has already been published in Greece’s government gazette, and is expected to also be published in the Official Journal of the European Union within the next few days. The Greek government has already forwarded the text for publication. Once published in the European journal, interested companies or consortiums will have six months to submit their offers, meaning that confirmation of the companies interested in the tender will have been finalized next March.

Interested parties must first purchase seismic data already accumulated for the areas to be explored before submitting bids. This, alone, could offer a strong indication, far sooner than next spring, of the firms intending to submit bids.