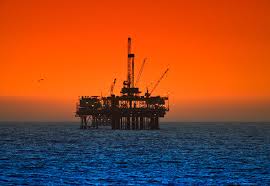 Prime Minister Antonis Samaras’s optimistic remarks earlier this week on the prospects of hydrocarbon exploration being prepared in western Greece and south of Crete, which he ascertained would upgrade the county’s geopolitical standing on the global energy map, left many market pundits thinking that he may have jumped the gun. The true picture, in terms of level of interest to be shown by major oil companies, will be provided by the international tender results, still a few months away.

The Greek Prime Minister’s heightened optimism seems to be based on tender participation assurances from a number of major oil companies, which he expects will bid for a number of the twenty offshore plots marked out for exploration and exploitation.

Participants will need to first purchase seismic surveying results for the areas to be explored, already accumulated, before submitting their bids. This, alone, will offer an earlier indication of true interest.

Sector officials have expressed concern over the seismic data currently available for the Cretan region, which they contend is far from complete. Large areas, covering distances of over 40 kilometers, have not been surveyed, they said.

On the contrary, a far greater level of seismic data has been accumulated for western Greece’s Ionian Sea.

As for Greece’s energy prospects on a more theoretical, yet still indicative, level, over 90 sector companies, from oil companies to infrastructure equipment suppliers and manufacturers, will take part in a Balkan energy conference to be hosted in Athens this October.