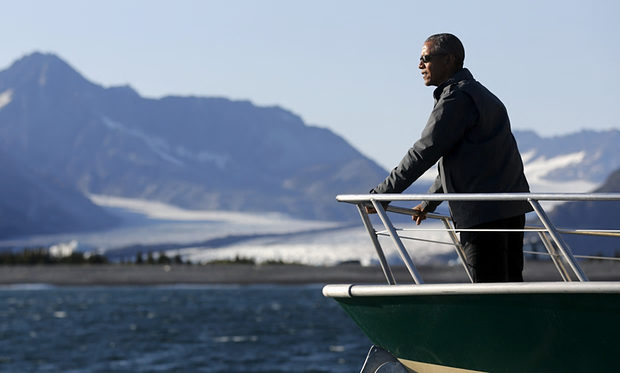 US President Barack Obama’s visit to Alaska this week, whose main objective was to further highlight the issue of climate change and need for a turn towards greater reliance on renewable energy sources (RES), both in the USA and around the world, also carries implications for the Greek RES sector.

A solid agreement, one bolstering Obama’s direction, at the upcoming UN Climate Change Conference in Paris between November 30 and December 11 would create new RES opportunities in Europe, including Greece.

In Paris, the international community will be called upon to sign binding agreements with the objective of combating climate change. Just how far individual countries will be prepared to go remains to be seen at the summit.

It is believed the Paris summit may produce a more complete agreement than the Kyoto Protocol adopted in 1997 and implemented in 2005. Obama’s latest remarks in support of more environmentally friendly energy policies have helped elevate hopes ahead of the Paris summit.

Without a doubt, obstacles that have restricted previous climate change efforts will need to be dealt with once again. This is so because energy needs in the developing world, especially China and India, are expected to increase sharply over the next two decades, generating greater CO2 emissions. Subsequently, such countries will not easily agree to binding agreements that obligate them to limit greenhouse gas emissions.