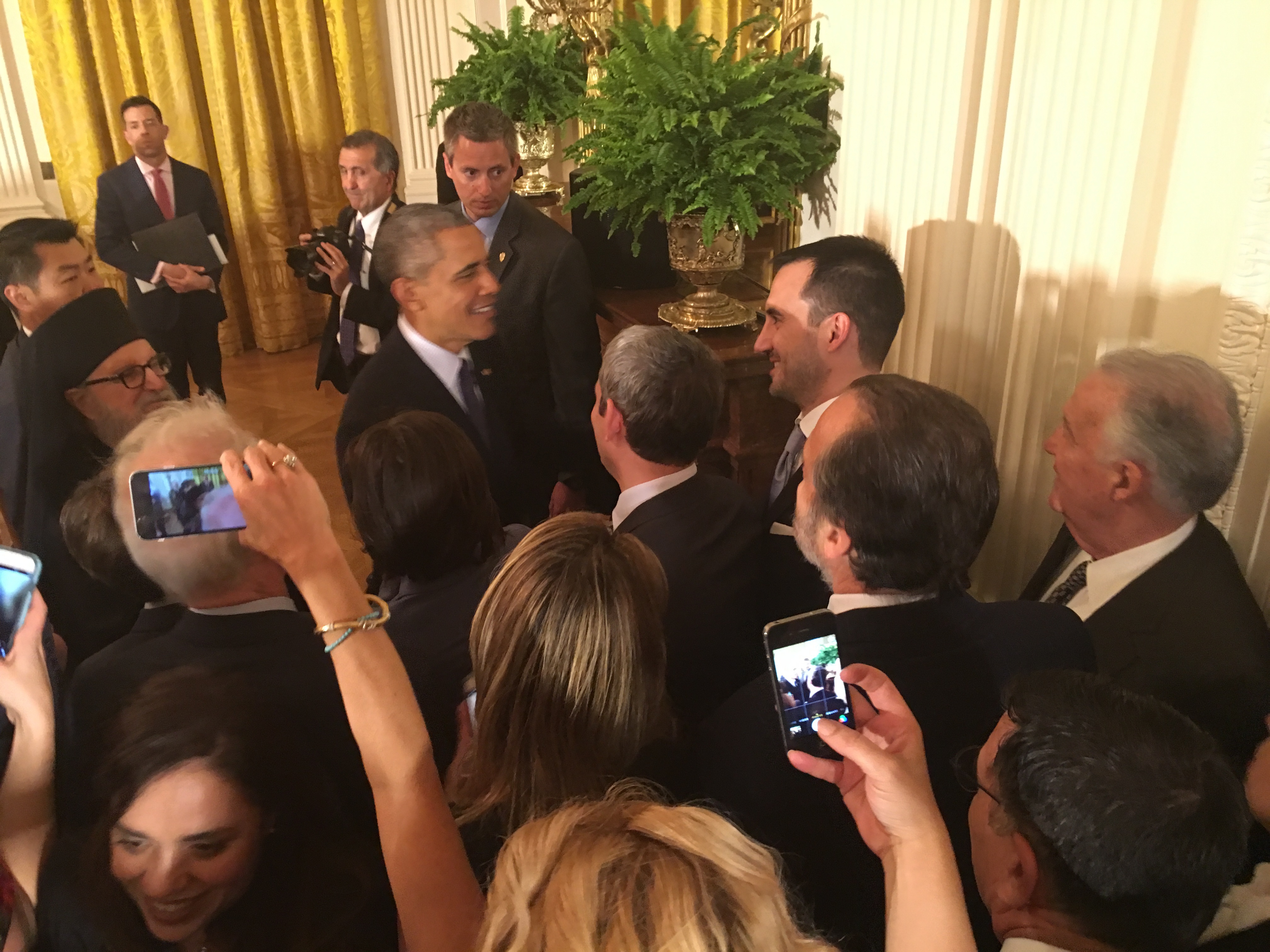 Greece will get out of the financial crisis stronger, US President Barack Obama said during a reception for the celebration of March 25 national holiday at the White House.The US President, in his statement, referred to the bonds of the two countries, Greece and the USA, and compared the struggles of both countries for their independence. He underlined that Greece is a major US ally in NATO and that his country will continue to support Greece.He also referred to the situation in Greece and the refugee crisis and praised the way the Greeks deal with refugee flows.The Greek government was represented by Deputy Economy, Development and Tourism Minister Alexis Charitsis and Greek Ambassador to the US Christos Panagopoulos. The reception was held at the White House in honor of the Greek American community for 30th consecutive year. The event was attended by Vice President Joe Biden and His Eminence Archbishop of America Dimitrios. In his introductory statement, Biden referred to the US-Greece friendship and noted that the conversation with Greek Prime Minister Alexis Tsipras proved once again that the US is an ally and friend of Greece.Charitsis had a private conversation with Biden and stressed the need for the immediate conclusion of the Greek program review so that the country implements its development plans and boost its economy.“I presented the positions of the Greek government on critical issues as well as the government programme for the next three years. I underlined that the government has implemented the major reforms included in the programme. What we aim for it the first program review to be concluded as soon as possible, which is beneficial for all sides,” he said.Referring to the discussion with Biden, Charitsis said: “Biden expressed his support and agreed that all sides need to cooperate so that the Greek program review is concluded on time. He also praised the Greek government for its stance on the refugee issue and its solidarity with the refugees.”