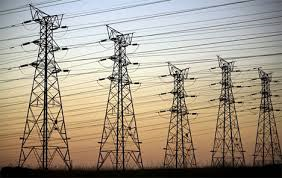 The final details currently being worked on for the much-discussed NOME-type auctions, aimed at providing energy-cost reductions for industry, will ensure industrial energy consumers of all categories price levels that are no higher, or even lower, than those offered by PPC, the Public Power Corporation, at the beginning of the year, following intervention from PPC’s main shareholder, the Finance Ministry.

This seems to be the most important underlying factor being taken into account as the  final details of the NOME-type auction plan are being put into place before RAE, the Regulatory Authority for Energy, forwards it for a second round of public consultation, possibly today.

Although details of the plan’s final draft have not been disclosed, EnergyPress sources have informed that the new plan will enable industrial firms to return small amounts of contracted and unconsumed energy to the system. Also, the individual rights acquired by all customers will be determined by their respective consumption profiles, or, more specifically, maximum nighttime capacity. According to the sources, the country’s biggest energy-consuming industrial plants will be placed in a special category and offered relatively lower rates, as has been the case until now for PPC’s industrial consumers.

Well informed sources noted that the plan was in line with the government’s plan for energy cost reductions in the industrial sector. Sources said the government has already offered its approval. The plan would also provide current deals protection from any possible decision by European competition authorities stating that illegal state aid was being received.

The draft to be forwarded for the latest round of public consultation is not expected to include any details on auction starting prices, a crucial detail of interest for prospective bidders that will determine the effort’s success. However, sources tend to agree that a plan proposed during last February’s general shareholders meeting at PPC will be implemented. Prices are expected to be determined through a process to include the accounting cost declared by PPC for lignite-based production, which is valued at about 60 euro per MWh. An amount representing PPC’s “yield incentive” will then be deducted from this figure. Other factors to be taken into account in determining the auction price levels will include the conclusions of a cost-inspection study conducted by Ernst & Young, as well as a court verdict on a case involving Aluminium SA and PPC.

The second round of public consultation is expected to last until mid-September. The final draft and method for determining starting prices will then be forwarded to the Ministry of Environment, Energy & Climate Change (YPEKA) around late September. The ministry will use final draft details in its negotiations with the country’s creditor representatives, or troika. The plan will need to be approved by the European Union’s competition authorities before being legislated by the Greek Energy Ministry, meaning that, at best, the NOME-type auctions will not begin taking place until late in the year.