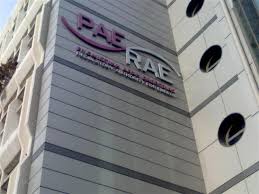 Authorities preparing to launch NOME-type auctions in Greece for energy-cost reductions in industry took a further step yesterday by announcing that the first auction will be staged on February 20, 2015. It will concern 800 MW per hour for a twelve-month period beginning April 1, 2015.

The much-discussed NOME-type plan has just been forward for a second round of public consultation. The procedure’s expiry date has been set for September 15, 2014.  Interested parties may submit their views to RAE at elecmarket@rae.gr.