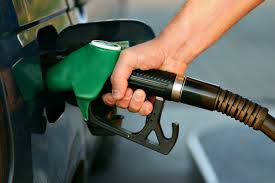 The Greek government is not examining any plans to raise a special consumption tax on fuel, Energy Minister Panos Skourletis said today.

In comments made to public broadcaster ERT, Skourletis said that budget revenues were moving within targets, adding that August figures would be boosted by an increased tourism product.

Skourletis reiterated that the government wants to transfer a 17 percent share of PPC from TAIPED, the State Privatization Fund, to a new superfund in which TAIPED will be a subsidiary, for utilization rather than privatization.

The energy minister added that TAIPED, seeking to execute bailout-listed privatizations, must conform to the governemnt’s policy.

Commenting on DESFA, the natural gas grid operator, Skourletis said negotiations were currently underway to sell a 17 percent share which Azerbaijan’s Socar, the winning bidder of an international tender offering a 66 percent stake of the operator, must surrender following European Commission intervention. Skourletis added that the sale price of 400 million euros, for DESFA’s 66 percent, is too low, noting that a recent evaluation put the operator’s value at two bllion euros.

On the contrary, Azeri officials at Socar believe the DESFA price is too high following the Greek government’s recent ratification of measures that severely limit the operator’s revenue potential.