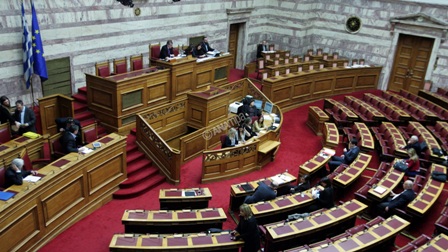 The Labor Ministry’s draft law reforming the social insurance system, including pensions and an updated e-platform, passed Parliament on Thursday evening in principle and its totality.
The “Insurance reform and digital reform of the National Agency of Social Insurance, e-EFKA” passed with 158 votes out of a total of 286 MPs present. At the roll-call vote requested by main opposition SYRIZA and the Communist Party, 128 MPs voted against it.
Syriza also asked for a roll-call vote on the abolition of the so-called 13th pension, the extra month paid out at the end of the year, contained in Article 47. Of the 286 MPs, 158 voted for and 128 against, as well.