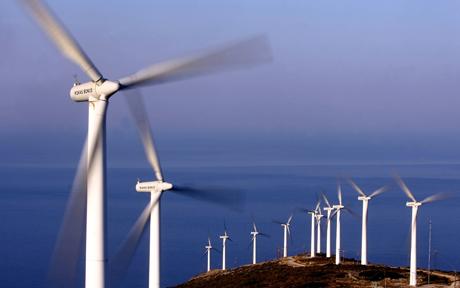 The improvement of the electricity network serving Evia, Greece’s second largest island slightly northeast of Athens, is expected to spur the development of wind-energy park investments in the island’s south, as well as the interconnected nearby islands of Andros and Tinos.

These areas were granted permits as long as over a decade ago but had not made progress as a result of the lack of transmission infrastructure.

Just days ago, IPTO, the power grid operator, announced it had completed work on a new high-voltage line interconnecting coastal Nea Makri, in the wider Athens region’s northeast, with Polytamos in Evia. Trial runs are now being conducted on the new line.

A total of 42 prospective wind-energy parks have been granted permits to connect with the new line to handle a total capacity of as much as 610 MW.

Development of this new line, a high-cost project budgeted at 82.8 million euros, has been slow as a result of financing issues. The majority of the line is a submarine crossing linking Polytamos and Nea Makri.

Besides financing issues, progress of the new line was also held back by delays involving local governments, which took time to offer approval, as well as court action taken by local communities, despite the fact that the greatest part of the line’s land crossing in Nea Makri was developed underground.

The southern part of Evia is regarded as one of the country’s leading areas in terms of wind-energy potential. At present, wind-energy facilities operating in the area have a total capacity of approximately 210 MW, well below the 800 to 900 MW that could be installed.

Wind-energy permits for the area have been offered to most of this sector’s major players operating in Greece.